Skip to content Skip to left sidebar Skip to footer

An Historic Evening with Special Agent, 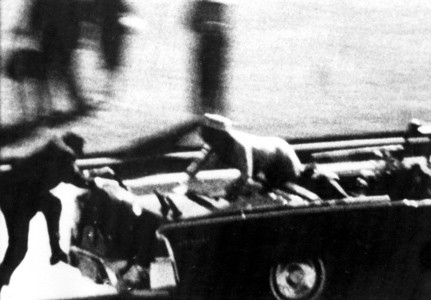 Clint Hill will forever be remembered as the courageous Secret Service Agent who leapt onto the back of the presidential limousine in the midst of the assassination of President John F. Kennedy in Dallas, on November 22, 1963. His primary responsibility was the protection of First Lady Jacqueline Kennedy, and for his actions that day, Hill received the nation’s highest civilian award for bravery.

Now, looking back 50 years, Clint Hill tells his story for the first time—how a Secret Service agent who started life in a North Dakota orphanage became the most trusted man in the life of the most captivating First Lady of our time. With tender, often humorous anecdotes about life with the Kennedy family during those years of Camelot, as well as his riveting moment-by-moment account of what really happened that day in Dallas, Hill s incredible story is one of courage, integrity, and resilience.

Lisa McCubbin is an award-winning journalist who has been a television news anchor and reporter for NBC, ABC, and CBS; hosted her own talk radio show; and spent more than five years in the Middle East as a freelance writer.

She convinced Hill that the information and memories he had buried for nearly 50 years were of historic value, and should be documented. McCubbin collaborated closely with Hill in the writing of Mrs. Kennedy and Me.

Sponsored by Our Members